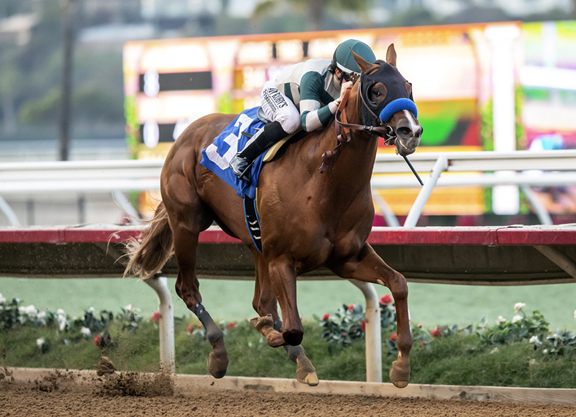 Courtesy of the TDN
By Andrew Caulfield

With its history now extending to 35 years, we’ve seen the Breeders’ Cup Classic arguably develop into the supreme test for the American dirt horse, especially when it attracts the crème de la crème of more than one age group. As such, it should also be the perfect testing ground for the next generation of stallions.

So has this theory become reality? Of course, the high failure rate among the general population of stallions means that no race can claim to be a highly reliable pointer to stallion success, but the Classic is faring better than most. Inevitably there have been plenty of Classic winners which have faded into oblivion–think of Proud Truth, Ferdinand, Alysheba, Black Tie Affair, Concern, Skip Away and Cat Thief from the early Classic winners.

On the plus side, the inaugural winner Wild Again did consistently well in Kentucky, with his GI winners reaching double figures. The 1989 winner Sunday Silence must be classed as the one that got away, but he reshaped the breed in Japan, to the extent that his blood ran through the veins of nearly all of the 18 runners in Sunday’s Mile Championship at Kyoto.

Next came Unbridled, whose impact on the Triple Crown events has been considerable, and two years later it was the turn of A.P. Indy, a two-time champion sire who is grandsire of the three-time champion Tapit. There was a six-year wait for the next high-class stallion, in the form of Awesome Again, who numbered Ghostzapper, another winner of the Classic, among his four GI Breeders’ Cup winners. Needless to say, Ghostzapper has replicated his sire’s success at Adena Springs, where he will stand the 2019 season at $85,000.

The dual Classic winner Tiznow has also been a prolific sire of GI winners, while the 2007 winner Curlin is now priced at $175,000, after giving us sons of the calibre of Palace Malice, Exaggerator, Good Magic, Keen Ice and Connect. The Classic’s roll of honor also features a couple of winners who, with better luck, might have made a similar impact. Saint Liam, the 2005 winner, left fewer than 100 foals, but one of them was the Horse of the Year-winning filly Havre de Grace. And who knows what the great Cigar might have achieved had he not been completely infertile.

It is fair enough to expect some of the recent Classic winners, such as American Pharoah, Arrogate and Gun Runner, to follow in these top stallions’ footsteps, but I will admit that I wasn’t too sure about the prospects of 2013’s winner, Mucho Macho Man, when he joined the Adena Springs team in 2015, at a fee of only $15,000.

Certainly he’d had a colorful career, but he had had to share the attention with his trainer and rider. Trainer Kathy Ritvo’s well-known story told how she became the first female trainer to win the Breeders’ Cup Classic, even though she had previously undergone heart-transplant surgery. And rider Gary Stevens was 50 years old and making a comeback when he managed to keep Mucho Macho Man’s nose just in front of Will Take Charge and Declaration of War in a thrilling finish at Santa Anita.

Any recap of Mucho Macho Man’s career must start, as Julie Andrews would say, at the very beginning, a very good place to start. Bred by John D. and Carole A. Rio in Florida, the son of Macho Uno wasn’t born until June 15, 2008. Over the years I have noticed that American breeders seem less averse to a late foal than their European counterparts, perhaps because the racing season continues through the winter, whereas the Anglo-Irish season used to take a winter break of more than four months prior to the advent of all-weather tracks.

Whatever the reason, quite a few colts have won the GI Belmont S. not long after their actual third birthday, good examples in recent decades being Touch Gold (May 26), Victory Gallop (May 30), Lemon Drop Kid (May 26), Birdstone (May 16), Afleet Alex (May 9) and Palace Malice (May2). Mucho Macho Man, though, was born more than two weeks later than any of these. Bearing in mind that he now stands 16.3 hands and is a tall and leggy individual, one could be forgiven for thinking that Mucho Macho Man had every right to be physically backward as a youngster.

Perhaps it is relevant that his sire Macho Uno had been a champion at two, when he landed the Breeders’ Cup Juvenile, and that Mucho Macho Man’s sire Ponche de Leona had won four of her six juvenile starts, including the Anoakia S. at Santa Anita. With their input, the 2-year-old Mucho Macho Man proved much more forward than could reasonably have been expected.

Mucho Macho Man made his debut over six furlongs at Calder on July 17, when just a month past his actual second birthday, and showed plenty of promise in finishing a length second to the subsequent GIII winner Gourmet Dinner. Two months later, on his third start, he won decisively over an extended mile at Monmouth to earn a shot at Graded company. He progressed again to chase home To Honor And Serve in a pair of GIIs at Aqueduct, notably running him to two lengths in the Remsen S. Those efforts earned him a weight of 115 on the Experimental Free Handicap, which had to be considered an excellent achievement for a colt born as late as June 15.

There was every chance that Mucho Macho Man would continue to improve long after some of the more mature members of his year group had shown the full extent of their abilities. He duly won the GII Risen Star S. on his second sophomore start, followed by a third in the GII Louisiana Derby, to earn a shot at the Kentucky Derby, I may be laboring the point when I mention that he was still 39 days short of his actual third birthday when he ran on to take third place at Churchill Downs, beaten by the March-foaled Animal Kingdom and February-foaled Nehro.

Maybe this was asking too much too soon of Mucho Macho Man, as he didn’t run nearly so well in either the Preakness or the Belmont, but he returned refreshed after 151 days off to round off his three-year-old campaign with a smart win over a mile at Aqueduct.

Predictably his next two years on the track proved much more rewarding, with his highlights at four featuring GII wins in the Gulfstream Park H. and Suburban H. and a very creditable second in the Breeders’ Cup Classic. The five-year-old Mucho Macho Man won the GI Awesome Again S. in addition to his success in the Classic, but he managed just two starts at six, when he recorded his second win in the Florida Sunshine Millions Classic. By July, his retirement had been announced, with Kathy Ritvo explaining that he was showing some signs of minor wear and tear and that he was being retired because he had nothing more to prove.

It was appropriate that he retired to Adena Springs, which also stands Macho Uno and Macho Uno’s half-brother Awesome Again. It seems that I wasn’t the only one unsure about Mucho Macho Man’s prospects as a stallion. He attracted 99 mares in his first season, for around 70 foals, but his book was down to 72 mares in his second season and then to only 35 in 2017, even though his fee had been reduced to $10,000. Fortunately, his popularity revived earlier this year, when he covered 96 mares. This revival no doubt owed a lot to the 2018 2-year-old sales, which showed Mucho Macho Man’s progeny in a new light.

Now several of his youngsters have shown that they have inherited plenty of his talent, including those two high-priced colts. Each of them was named a ‘TDN Rising Star’ after making a successful debut, the $625,000 Mucho Gusto at Los Alamitos and the $575,000 Fortin Hill at Belmont. Incidentally, these two colts were also born quite late, Mucho Gusto’s birthday being Apr. 26 and Fortin Hil’s May 2.

Mucho Gusto has become his first Graded stakes winner, with his success in the GIII Bob Hope S. over seven furlongs at Del Mar. Mucho Macho Man’s daughter Belle Laura has also run creditably at Graded level, finishing third in the GII Jessamine S. prior to her seventh in the GI Breeders’ Cup Juvenile Fillies Turf.

There can be little doubt that Mucho Gusto–a late-April foal– will eventually stay a mile and a quarter, as his first two dams are daughters of Giant’s Causeway and Seeking the Gold, two stallions who finished a close second in the Breeders’ Cup Classic. The second dam, Countervail, was a half-sister to Canadian Horse of the Year Peaks And Valleys, a dual GI winner over a mile and an eighth despite being a son of the sprinter Mt Livermore.