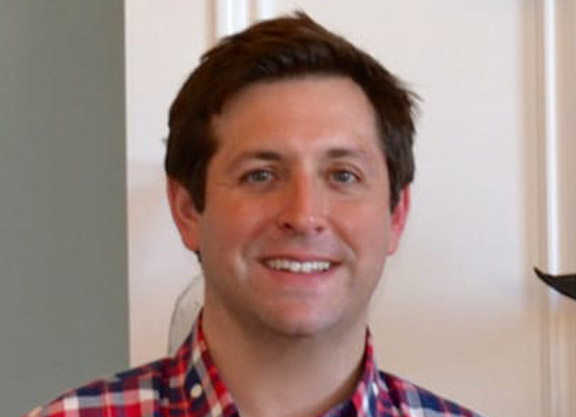 Courtesy of the TDN
By Alan Carasso

“I wanted to figure out a way to get more involved in New Zealand,” Miller said, just after getting Frozen 2 set up for his daughter to give her a break from distance learning. “I met [NZB Bloodstock Services Manager Danny Rolston and I know that the trade is very good from New Zealand to Hong Kong and he was looking to figure out if there was a way to get more Americans involved in New Zealand. There are obviously plenty of Americans involved in Australia and he asked if I’d help him out with that project.

“Kip loves doing stuff all over the world–he’s been involved in South Africa–and this was sort of a natural fit for him,” he continued. “His wife, Helen, has been to New Zealand several times, has friends there. They came, we decided to raise a little bit of money and put up some of our own money and go buy a couple of horses, with the ultimate goal of playing at the top of the market and pinhook a couple of horses on to Hong Kong.”

Miller explained that he got hooked up with Beatson through fellow bloodstock agent Andrew Williams, who launched his own agency in March 2017.

Hip 491 was consigned to the Book 1 of the 2018 Karaka Sales on the account of Curraghmore and hailed from the sixth crop of Tavistock, whose early successes included 2016 Hong Kong Derby hero Werther (NZ). The Oct. 30 foal is out of a multiple group-placed dam who was a half-sister to Group 3 winner Cassini (Aus) (Reset {Aus}).

“We decided that we wanted to buy something in our first year that was by a proven stallion that could be at the higher end of the market,” Miller explained. “We found a lot of horses we liked, but we weren’t really ready to take a shot with a first-year stallion. We thought that bringing something a little more proven was what we wanted, with some black-type under the first dam.”

The team gave NZ$150,000 for the colt, who Miller categorized as “very straight-forward.”

“Beluga was an October foal and he maybe wasn’t as mature as some of the others, but that was going to be OK, because we had 10 months to the 2-year-old sale,” he said, referring to NZB’s Ready To Run Sale which takes place fully 10 months hence in late November. “We had a lot of things we were looking for, but really, we just wanted to find a horse we thought would make a really good racehorse. A horse that would be sound, vet very clean. Size is kind of a factor when you’re selling to Hong Kong–they don’t really buy small horses–so we knew we wanted to buy a horse that was going to be about 16 hands.

He continued, “He just had a great frame to him, though he was still a little bit immature. But he had a great walk to him and he had a great brain. He just hadn’t quite filled in or muscled up yet into that frame, he was just a baby. We thought he had a ton of improvement in him. Tavistock had done well in Hong Kong–at the time, Werther was one of the best horses in Hong Kong. Physically, he was not the finished product, he was something we thought could develop into a really nice horse.”

Whereas there is often a preference for speed and horses that will be “early” at American juvenile auctions, Miller and partners were taking a longer view when they signed the ticket at Karaka.

“Kip and I really want to buy milers, we’re really not trying to buy a precocious horse,” he said. “We’re actually trying to stay away from things that look like they’re going to be 2-year-olds. That does us no good. We want a horse that’s going to breeze well, but when people go and look at it, they think it’s going to make a good 3-year-old and 4-year-old.

The gap between the yearling and 2-year-old sales in New Zealands affords horsemen the opportunity to bring their horses along at a more leisurely pace that ultimately does the animals a world of good, Miller opines.

“They have a bit of a different way of training their horses,” he said. “What Sam does is break the horse and then turn it out for 30 days. Get back on it, get it up to a good gallop and then give it another 30 days off. And then once you get into June, you go on from there, but the horse gets two or three breaks from the time it starts. If he feels he needs 10 days in the paddock at some point, there’s really no pressure.”

“We were very happy with that for sure,” Miller affirmed. “For our first venture down there, to even make a profit was great. Kip and I were both pretty green when you go down to the Southern Hemisphere–you don’t know the pedigrees and you’re not familiar with the farms you’re buying off of. It’s a really different landscape. But it is the least-intimidating landscape. People are so helpful and friendly and now after doing it once or twice, it’s second nature now.

Beluga is off to a promising start, having built on a debut second Mar. 1 to graduate by a measured half-length Mar. 14 for G1 Melbourne Cup-winning trainer David Hall (video). This season, the Ready 2 Run Sale has tossed up the likes of 2019 G1 Longines Hong Kong Sprint winner Beat the Clock (Aus) (Hinchinbrook {Aus}) and Golden Sixty (Aus) (Medaglia d’Oro), who landed the BMW Hong Kong Derby Mar. 22. Miller hopes Beluga can be the next good thing in Hong Kong.

“I am hoping that this is just the beginning of a successful career over there,” said Miller. “He couldn’t have won more easily, he’s got tactical speed and I’d have to think he wants to go significantly farther than six furlongs. Any time that they’re successful this early in their career, you have a lot to look forward to. Things don’t really get going for another six or eight months for a horse like him.”

This past January, Miller and Elser teamed with Kilgravin Lodge’s Eion Kemp to purchase a colt by Ocean Park (NZ) for NZ$50,000 at this year’s Book 1 and, in partnership with Beatson, gave NZ$75,000 for a Per Incanto colt during Book 2. In partnership with Kilgravin, they also purchased a No Nay Never colt for A$80,000 at Inglis Melbourne Premier Sale in February. All three are headed to the RTR sale in eight months’ time.